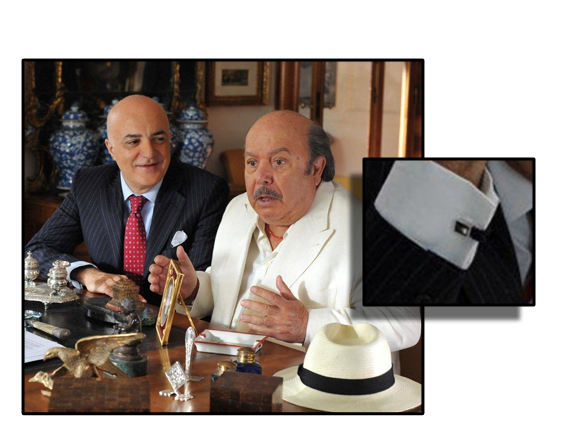 The infamous Italian co-medy actor Lino Banfi wore our cufflinks in the recent episodes of  “Il commissario Zagaria”.  Lino plays a chief of police in the series and his real life daughter, bejewelled with our  “Glitter Chame-leon ring in champagne” also stars in the role of a Magistrate.

The TV series was broadcast on Mediaset’s Channel 5 in March 2011.